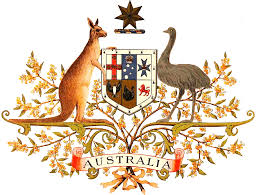 CHRIS HAYES MP – Labour Rights in Vietnam – 3 December 2015
Mr HAYES (Fowler—Chief Opposition Whip) (11:02): Over the past three months I have had the pleasure of hosting Tuan Anh Nguyen as an intern in my office. Tuan is a Vietnamese citizen who for the past two years has been working with VOICE, a civil society group located in Manila. VOICE—the Vietnamese Overseas Initiative for Conscience Empowerment—works not only to advocate for stateless Vietnamese refugees in need of protection but also to raise awareness of the lack of human rights in Vietnam. In his capacity as a civil society program manager, Tuan has worked with many non-government organisations, such as Amnesty International and Human Rights Watch, to raise awareness of the violations of human rights in Vietnam. During his internship with me, Tuan has also had the opportunity to work with Amnesty International; the Health Services Union; and the Textile, Clothing and Footwear Union of Australia.

Particularly in relation to labour rights, Tuan has been involved in educating and empowering young Vietnamese citizens on the rule of law and developments in civil society, which are very much restricted in Vietnam. Freedom of assembly, association and expression are all tightly controlled. In Vietnam the government has virtually prohibited the formation of independent political parties, labour unions and human rights organisations from operating in that country.
On 22 November, last month, Ms Do Thi Minh Hanh, a 30-year-old woman, was arrested in Bien Hoa, a city in Dong Nai Province, for attempting to assist in organising 2,000 workers who were being dismissed by a foreign company. Ms Do, as well as Mr Trung Minh Duc, were involved in organising a strike for these workers and compiling a petition demanding the appropriate compensations. Given her previous industrial relations involvement in the My Phong shoe factory case, Ms Do is no stranger to the Vietnamese authorities or to their harsh and brutal treatment. While the pair have been released, I understand that they remain under very tight surveillance. This case is just another example of the labour rights violations that continue to occur in Vietnam.
I have spoken on many occasions about Ms Do’s activities as a labour activist and about her advocacy for labour rights in Vietnam and standing up for workers who are being exploited.

In June this year I had the opportunity to meet Ms Do when she visited Australia. She is a heroic, patriotic young woman. She has the courage and resilience to fight for workers’ rights, which seem to be pretty well compromised by a totalitarian government and a legal system that fails to operate without fear or favour.
Ms Do’s recent arrest comes just weeks after the release of the side agreement to the Trans-Pacific Partnership between Vietnam and the United States. This agreement urges Vietnam to pass laws that would ensure the rights of workers to freely form and join labour unions of their own choosing. Currently, the Vietnam General Confederation of Labour—a state sanctioned union—is the only union available to Vietnamese workers. While we have seen a downturn in human rights violations in Vietnam during the TPP negotiations, Vietnam has now moved to tighten its control following the formalisation of the agreement. This is the same sign-and-forget mentality that Vietnam has adopted in various international treaties, including the International Covenant on Civil and Political Rights.
The 67th annual International Human Rights Day will be marked on 10 December this year. In my electorate I will be attending a forum hosted by the Vietnamese Community in Australia (New South Wales Chapter) on the current human rights situation in Vietnam. I will also be attending a ceremony to mark the proclamation of the Universal Declaration of Human Rights. This is being organised by Viet Tan.
I have worked closely with these organisations and commend them for their endeavours in raising awareness of the continuing struggle for human rights, freedom and democracy in Vietnam. I also take this opportunity to wish Tuan a safe return to Vietnam. I applaud his courage and commitment, particularly with respect to labour rights. Many of us in the free world take these things for granted. I am in awe of the courage of people such as Tuan Anh Nguyen and Do Thi Minh Hanh and others who are prepared to put their safety in jeopardy to fight for the rights of others.